Cutaneous myiasis is frequently observed; however, eosinophilic pleural effusion induced by this condition is rare.

We report the case of a 65-year-old female Tibetan patient from Qinghai Province, who presented to West China Hospital of Sichuan University around mid-November 2011 with a chief complaint of recurrent cough, occasional hemoptysis, and right chest pain. There was no past medical and surgical history of note, except for occasional dietary habit of eating raw meat. Clinical examination revealed a left lung collapse and diminished breathing sounds in her left lung, with moist rales heard in both lungs. Chest X-rays demonstrated a left hydropneumothorax and a right lung infection. Chest computed tomography revealed a left hydropneumothorax with partial compressive atelectasis and patchy consolidation on the right lung. Laboratory data revealed peripheral blood eosinophilia of 37.2%, with a white blood cell count of 10.4 × 109/L. Serum immunoglobulin E levels were elevated (1650 unit/mL). Serum parasite antibodies were negative except for cysticercosis immunoglobulin G. Bone marrow aspirates were hypercellular, with a marked increase in the number of mature eosinophils and eosinophilic myelocytes. An ultrasound-guided left-sided thoracentesis produced a yellow-cloudy exudative fluid. Failure to respond to antibiotic treatment during hospitalization for her symptoms and persistent blood eosinophilia led the team to start oral albendazole (400 mg/d) for presumed parasitic infestation for three consecutive days after the ninth day of hospitalization. Intermittent migratory stabbing pain and swelling sensation on both her upper arms and shoulders were reported; tender nodules and worm-like live organisms were observed in the responding sites 1 wk later. After the removal of the live organisms, they were subsequently identified as first stage hypodermal larvae by the Sichuan Institute of Parasites. The patient’s symptoms were relieved soon afterwards. Telephonic follow-up 1 mo later indicated that the blood eosinophilia and pleural effusion were resolved.

Core Tip: Eosinophilic pleural fluid can be present in a wide array of disorders. This condition generally occurs in patients due to the presence of air or blood in the pleural space or infections, or when patients are in a hypersensitive state or during malignancy. Myiasis should be an important consideration for the differential diagnosis when eosinophilic pleural effusion with blood eosinophilia is observed.

Parasitic infestations have been reported to induce eosinophilic pleural effusion in humans, typically with concomitant parenchymal disease[4]. The most frequent parasite associated with this condition is paragonimus species; however, cutaneous myasis, sparganosis, toxocariasis, and amebiasis have also been identified as etiologic agents[4,5].

A 65-year-old Tibetan woman from Qinghai Province was admitted to West China Hospital of Sichuan University around mid-November 2011. Three months prior to hospitalization, she was suspected of having pneumonia with mild cough and occasional hemoptysis. Her primary care physician prescribed oral penicillin; however, her symptoms were not completely resolved. One week prior to admission, the patient underwent a chest X-ray in Yushu Municipal Hospital for aggravated right chest pain. Chest X-rays demonstrated a left hydropneumothorax and a right lung infection. She was referred to our hospital for further evaluation and treatment.

She did not have a history of surgery, trauma, or infectious disease.

The patient was a housewife who had been living in the Tibetan area and never traveled to outside provinces. She had been healthy until August 2011. She admitted to eating raw meat occasionally as it was a dietary habit in Tibetan culture.

On admission, the patients’ blood pressure was 115/65 mmHg, heart rate was 73 beats/min, respiratory rate was 20/min, and her body temperature was 36.5 °C. Physical examination revealed a left lung collapse and diminished breathing sounds in her left lung, with moist rales heard in both lungs. No rash or nodules were observed on the skin or mucosa.

Laboratory data revealed peripheral blood eosinophilia of 37.2%, with a white blood cell count of 10.4 × 109/L. Red blood cell counts, hemoglobin, platelet counts, and serum levels of aspartate aminotransferase, alanine aminotransferase, alkaline phosphatase, and urea nitrogen levels are shown in Table 1. Creatinine levels were normal. A nonspecific increase in cancer antigen 125, neuron-specific enolase, immunoglobulin G (IgG), and IgA was observed by enzyme-linked immunosorbent assay and/or serum electrophoresis. Serum IgE levels were elevated (1650 unit/mL). Serum parasite antibodies were negative except for cysticercosis IgG. No ova or parasites were observed in stool samples. Bone marrow aspirates were hypercellular, with a marked increase in the number of mature eosinophils and eosinophilic myelocytes. An ultrasound-guided left-sided thoracentesis produced a yellow-cloudy exudative fluid. The fluid had eosinophil predominance with no evidence of malignancy or parasites on analysis. Gram staining, acid-fast staining, and fungal smears indicated the absence of organisms. 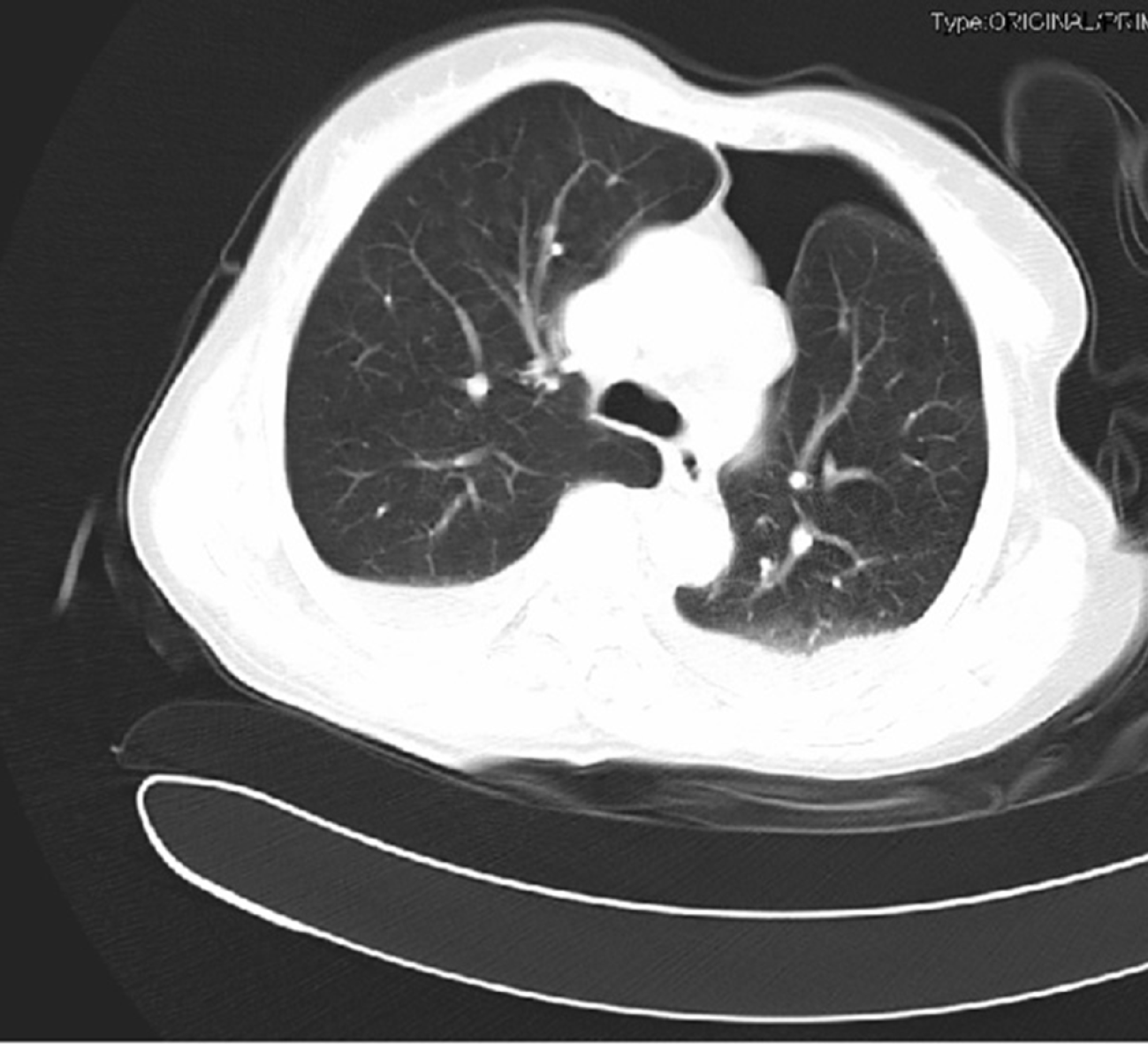 The diagnosis of cutaneous myiasis induced by first stage Hypoderma larvae was confirmed.

The patient had no response to antibiotic treatment during hospitalization for her symptoms and had persistent blood eosinophilia. Hence, oral albendazole (400 mg/d) was initiated empirically for presumed parasitic infestation for three consecutive days after the ninth day of hospitalization. One week later, the patient complained of intermittent migratory stabbing pain and swelling sensation on both her upper arms and shoulders. A 2 cm × 2 cm red, tender nodule was observed on her left cubital fossa. On the 17th d of hospitalization, numerous non-purulent nodules were observed on the right shoulder and left upper arm. Two worm-like live organisms were observed in the 0.1 cm × 0.1 cm warbles. They were removed by gentle pressure and transferred to 95% alcohol. They were subsequently identified as first stage hypodermal larvae by the Sichuan Institute of Parasites (Figure 2). 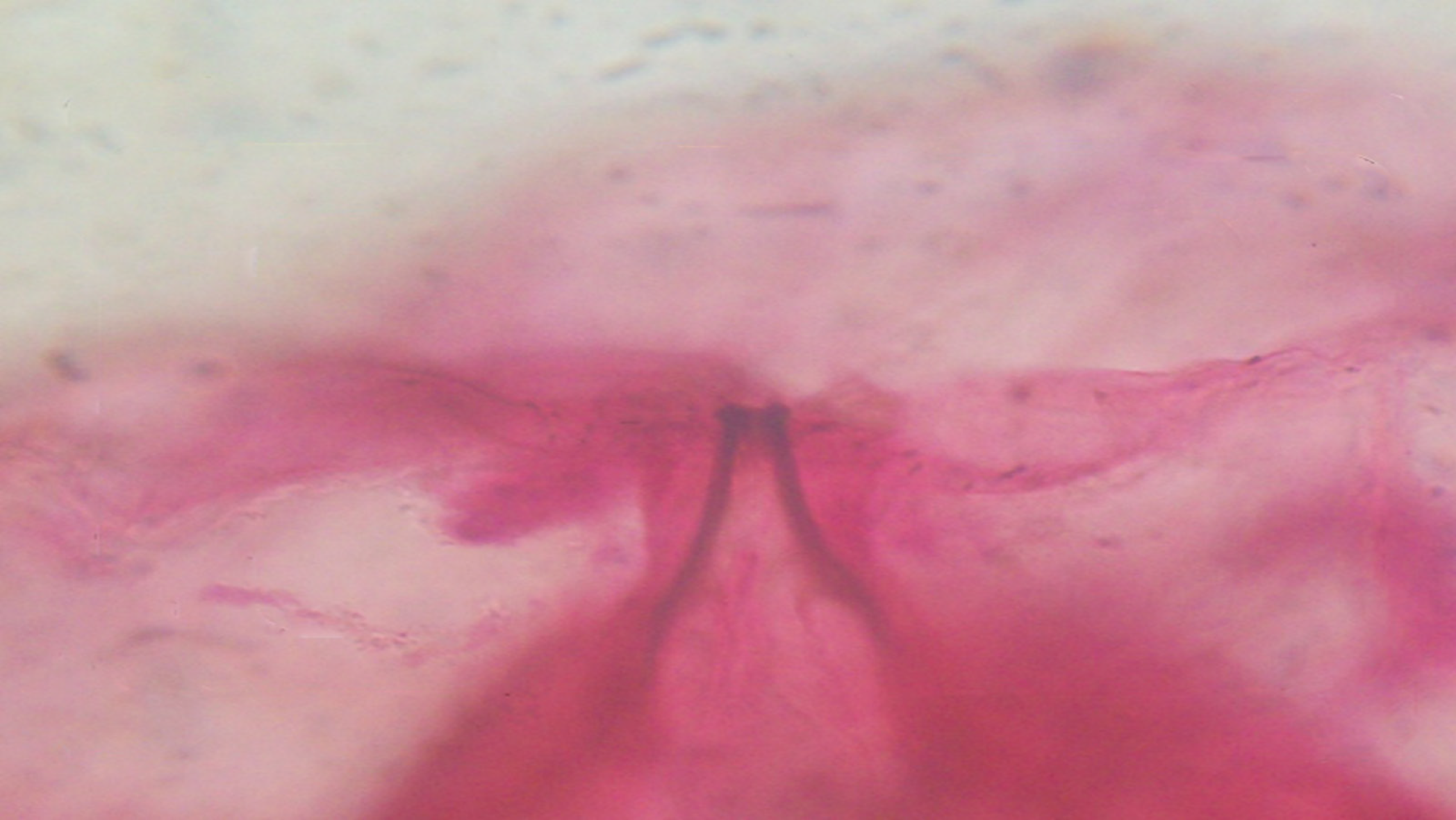 Figure 2 The cephaloskeleton of the hypodermal larvae (magnification 400 ×).
OUTCOME AND FOLLOW-UP

The patient’s symptoms gradually diminished 4 d later. She was discharged with a diagnosis of cutaneous myiasis with eosinophilic pleural effusion. Telephonic follow-up 1 mo after discharge indicated her symptoms were resolved, and she experienced a total recovery.

Myiasis is an infestation of live vertebrates by the larvae of dipterous flies. The infestation usually occurs in the host's dead or living tissue, liquid body substance, or ingested food[6]. The larvae induce inflammation or lesions and produce eosinophilia and systemic symptoms such as fever, rash, cough, and serous effusion[7]. The diverse clinical features usually lead to a misdiagnosis or delayed treatment.

The majority of myiasis occurs in tropical regions[8]. Poor hygiene, inadequate environmental sanitation, and low socioeconomic status are the most important risk factors for acquiring myiasis. In China, it is frequently observed in farming and pastoral areas such as Qinghai, Tibet, and Inner Mongolia Provinces[9], where the people are susceptible to be infected due to their close contact with domestic animals and traditional custom of consuming raw meat.

The pathogenesis could be attributed to hypodermal lineatum migrating extensively and traversing the area beneath the pleura to induce an eosinophilic response. Previous studies in cattle have demonstrated that parasites migrate towards the posterior border of the ribs, while reports have been published showing that these parasites migrate towards the eye, tongue, and spinal cord in humans[12].

Early diagnosis for cutaneous myiasis is challenging and depends on the appearance of the larvae. Although clinical features, epidemiology, blood eosinophilia, and eosinophilic granuloma are used to determine the etiology, diagnosis is commonly delayed for months until the larvae appear on the skin. Next-generation sequencing strategies have made a significant difference in the early detection of infectious agents. The use of this technology may provide for the rapid identification of parasitic infections in humans[13].

With the development of medical knowledge, the onset of myiasis has become extremely rare. However, this case report suggests that there is still a possibility of disease in farming and pastoral areas, where people are in close contact with domestic animals. Due to potential threats to both human and animal welfare and health posed by myiasis, medical care providers at all levels should be aware of this potential diagnosis. The prevention and treatment of the disease is not complicated. In general, the larvae will be discharged from the body naturally or by gentle pressure around the warble. Any secondary bacterial infections should be treated with antibiotics. Oral administration of histamine or prednisone may reduce systemic responses and blood eosinophilia. Paying attention to personal hygiene and environmental sanitation is upmost to prevent myiasis.

In summary, eosinophilic pleural effusion due to cutaneous myiasis has rarely been reported. Early diagnosis and appropriate interventions are essential. Whenever an eosinophilic pleural effusion occurs in tropical regions or in farming and pastoral areas, one should consider this to be myiasis. Good personal hygiene and environmental sanitation are upmost methods to prevent myiasis. Awareness of clinicians about the possibility of this disease may help identification of future similar cases.

We would like to thank The HEAD Foundation, Singapore for their support for Dr. Yang J and Dr. Bauer BA.