Supplementary Materials of This Article 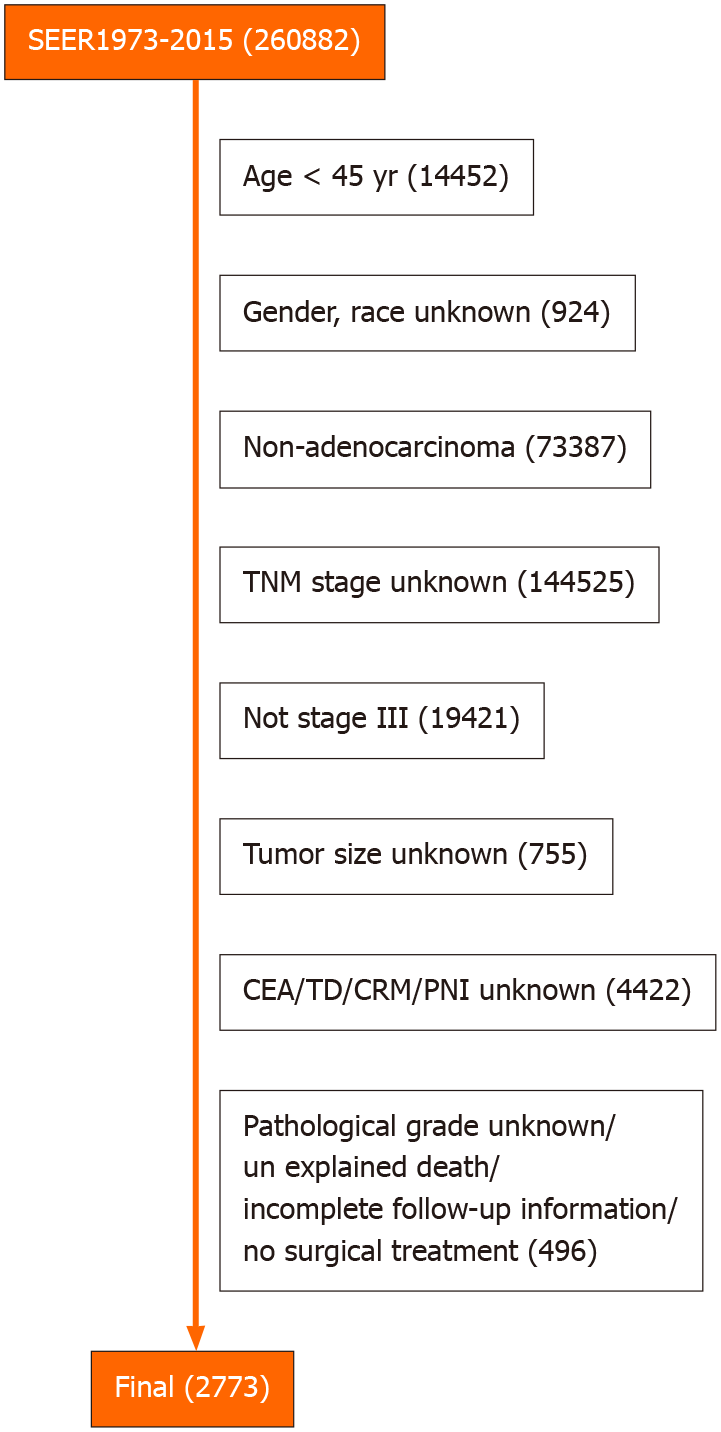 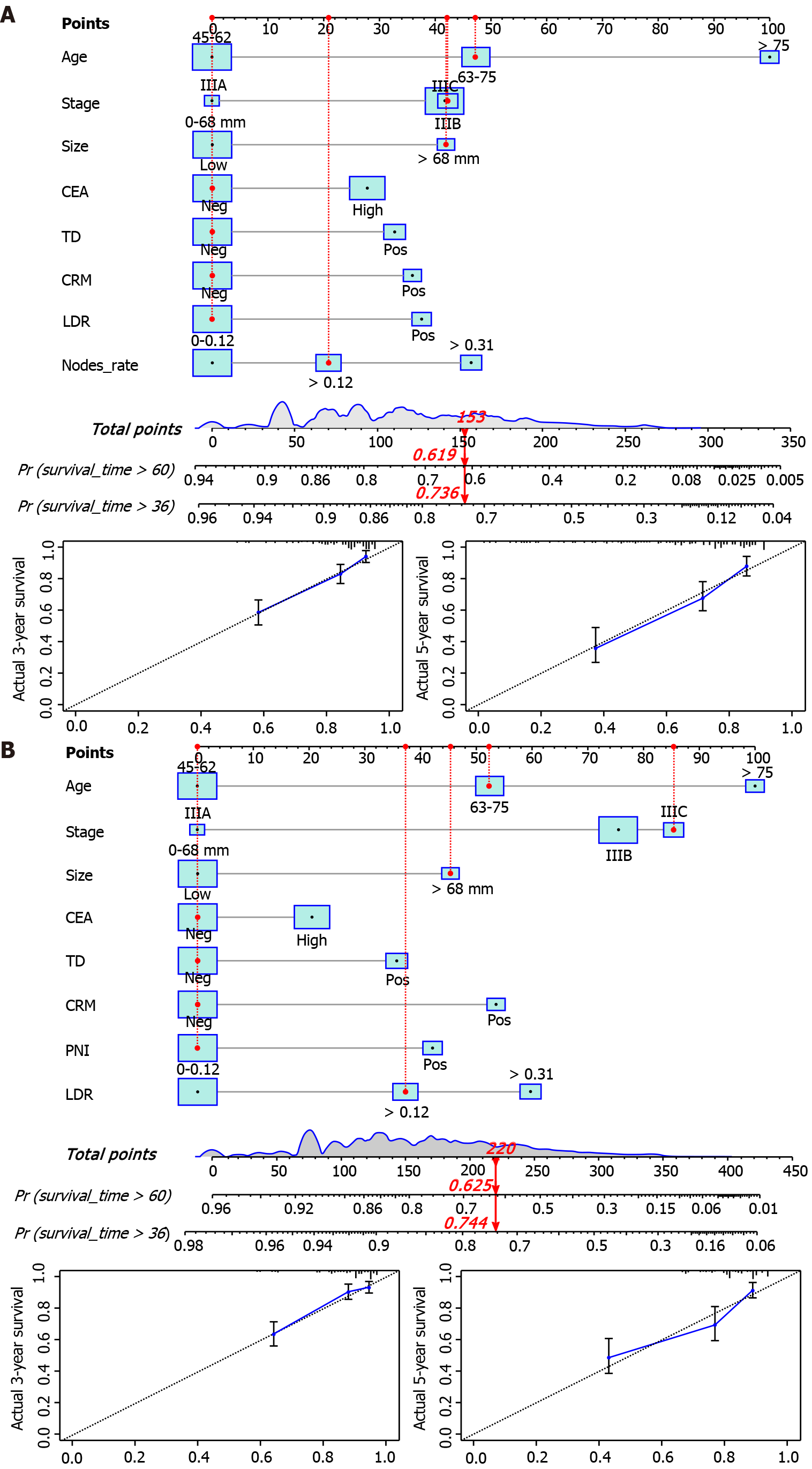 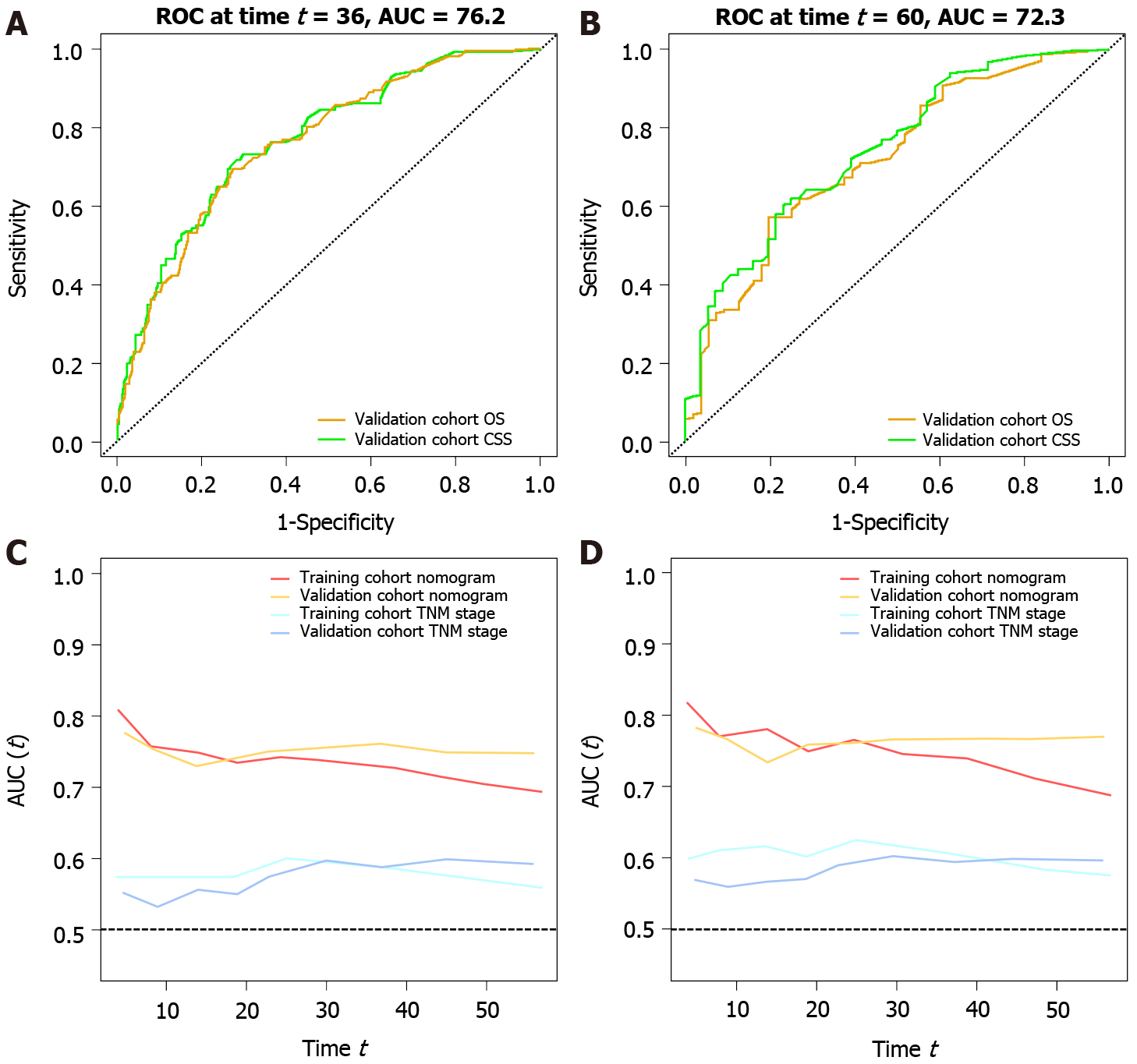 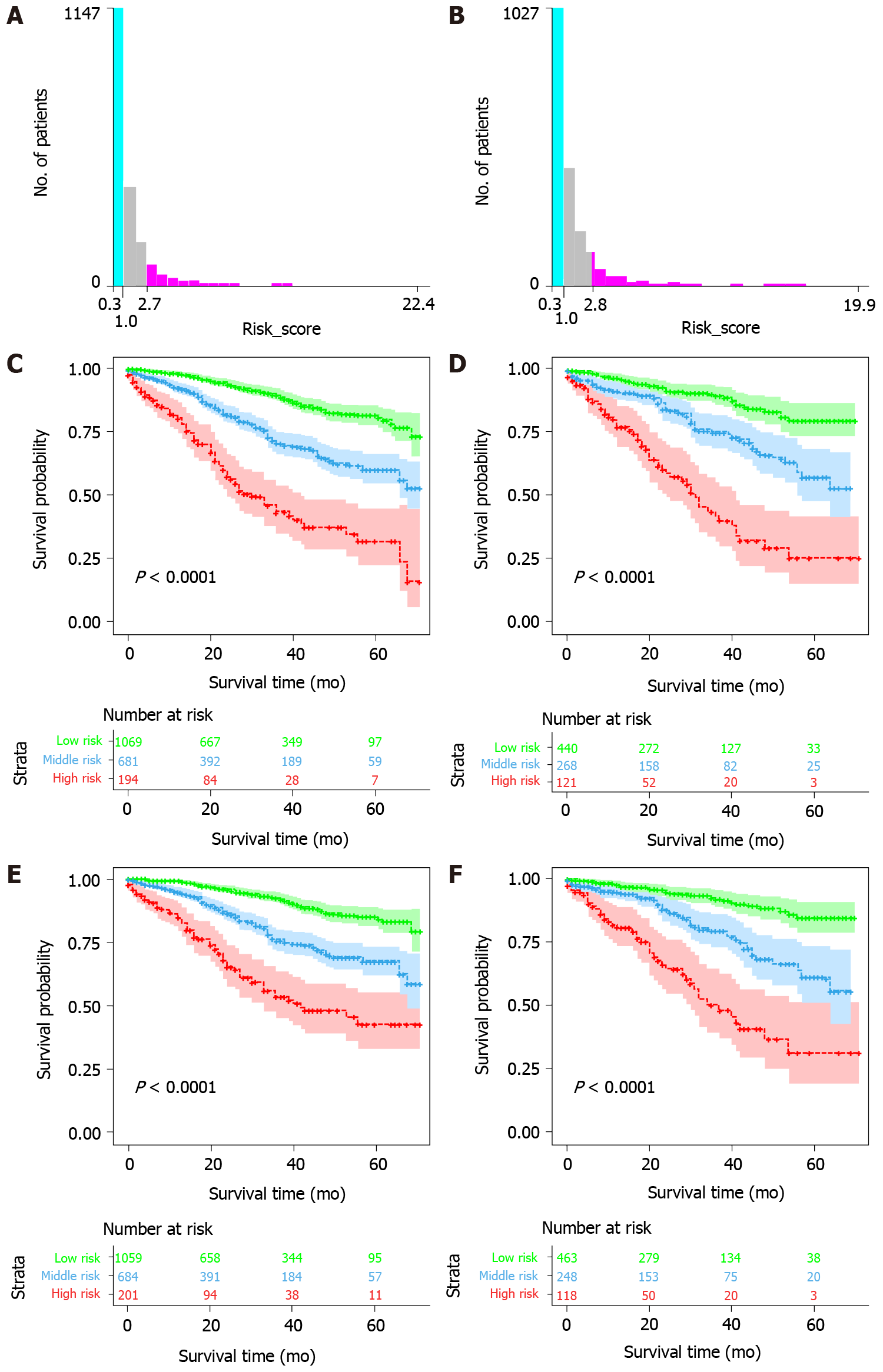 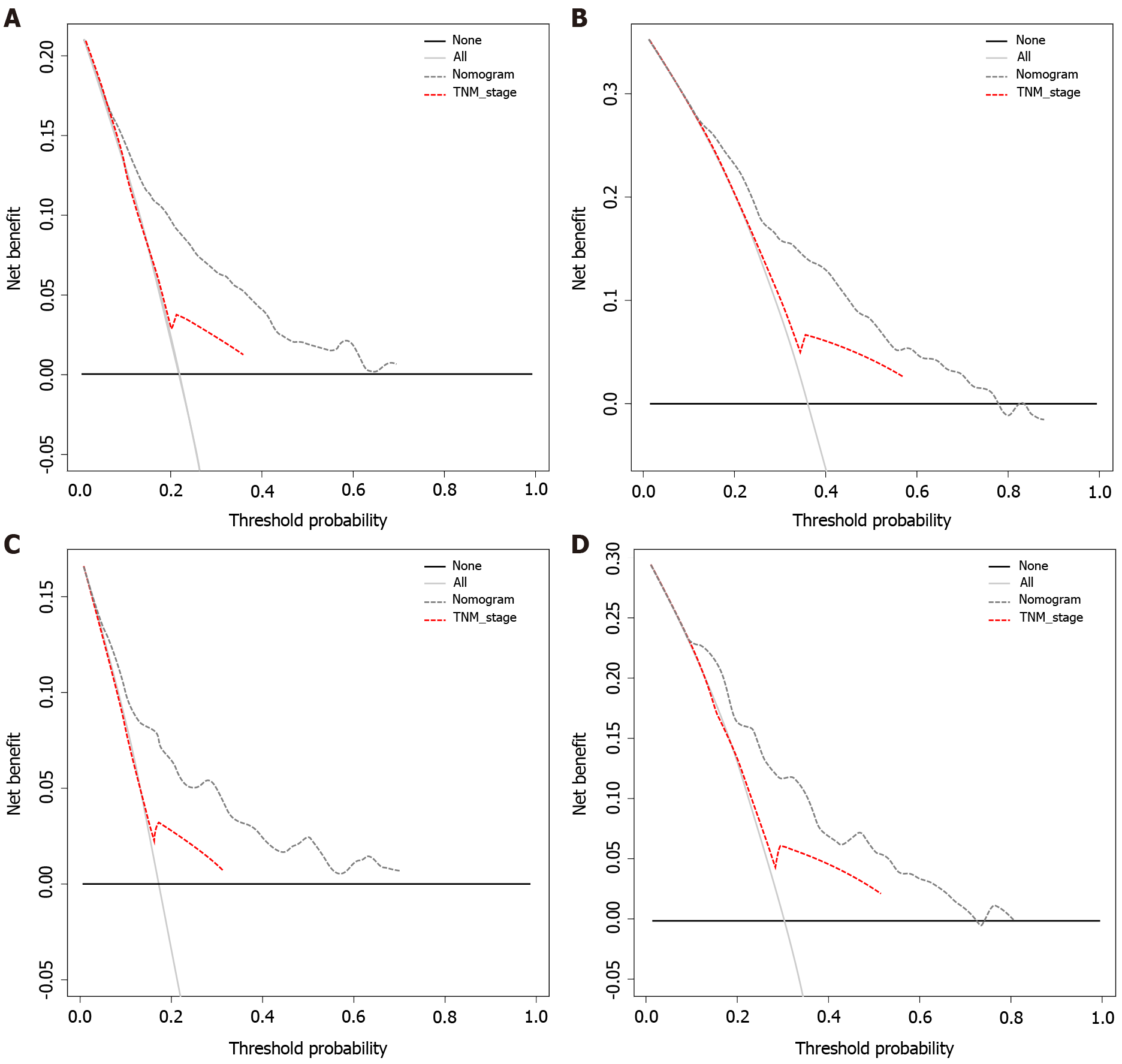 Figure 5 Decision curve analysis. Plot net benefit vs threshold probability. The net benefit was calculated by subtracting the proportion of all false-positive patients from the proportion of true positives, weighing the relative harm of abandoning treatment against the adverse consequences of unnecessary treatment. The gray and black lines indicate the net benefit of treating all patients and no patient strategies, respectively. Dashed lines represent the nomograms. The results showed that the nomograms had good decision power in the validation cohort. A: 3 Year overall survival (OS) decision curve analysis (DCA); B: 5 Year OS DCA; C: 3 Year CSS DCA; D: 5 Year CSS DCA. TNM: Tumor-node-metastases.